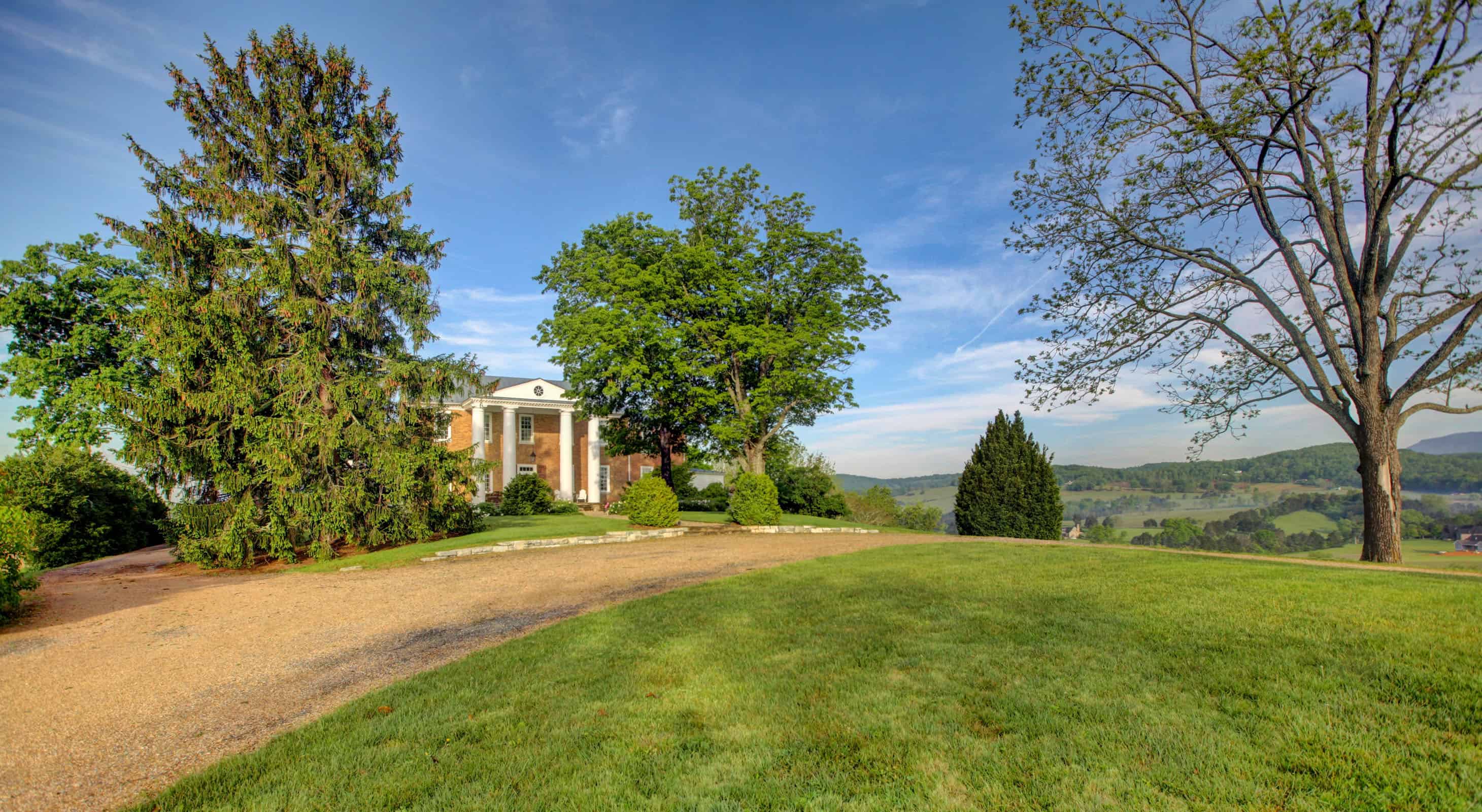 About Our Lexington, Virginia B&B 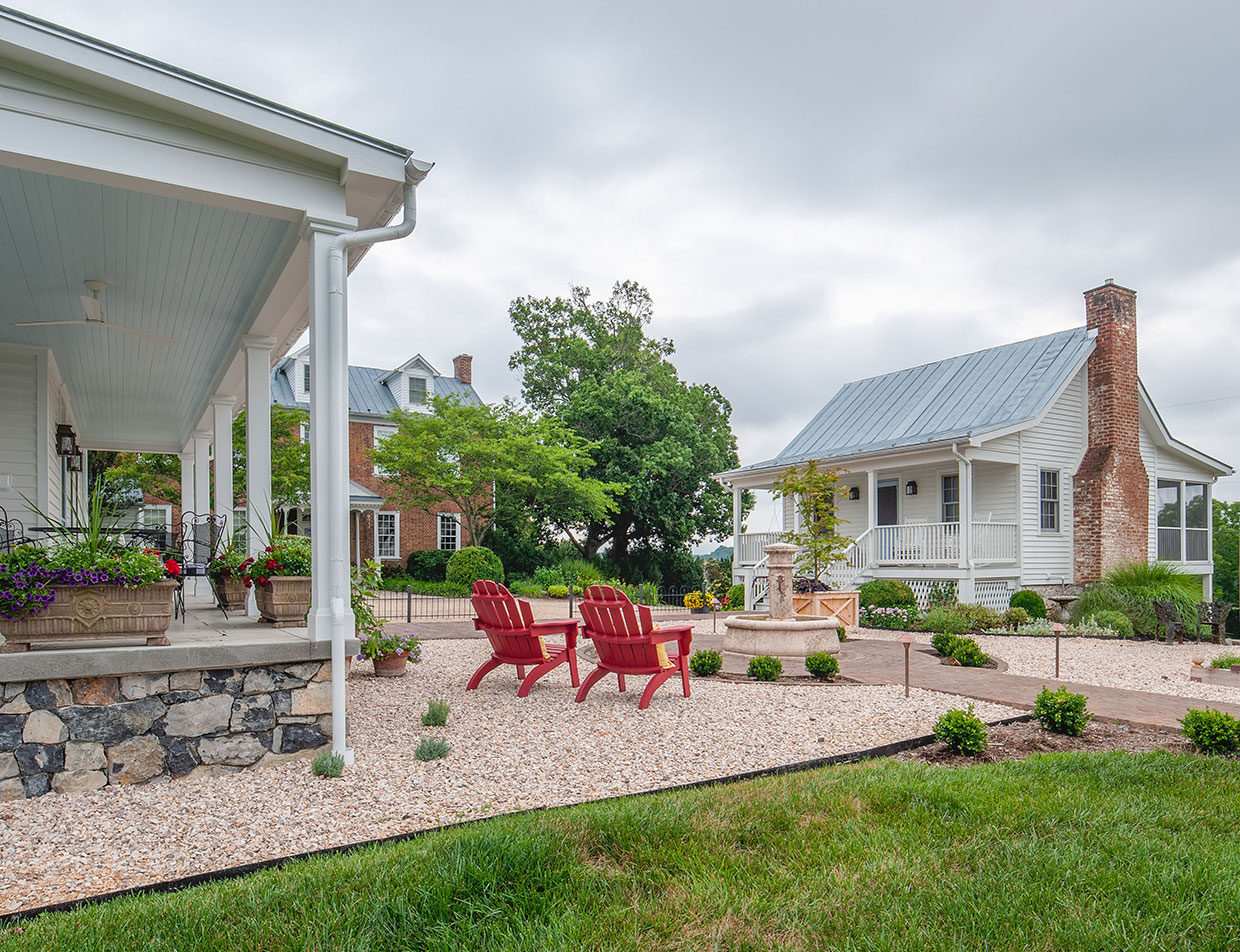 Our Lexington, VA bed and breakfast retreat sits on 17 beautiful acres with panoramic views. Our historic property is home to organic farms and gardens, friendly farm animals, a yoga barn and private gym, plus three luxurious guest accommodations. It’s truly a respite from the stress of daily life, and a wonderful place to stay for those looking for a romantic escape, girlfriend getaway, or wellness retreat.

The original Thorn Hill Estate graces the property with its stunning Georgian architecture. Built in 1792, this Virginia Historic Landmark has been described as one of the most historically significant homes in southwest Virginia and is listed on the U.S. National Register of Historic Places.

All guests will enjoy a gourmet breakfast each morning to fuel their fun day ahead of exploring downtown Lexington’s unique shops and restaurants, local area wineries & breweries, and majestic outdoor recreation areas in the Shenandoah Valley and Blue Ridge Mountains. 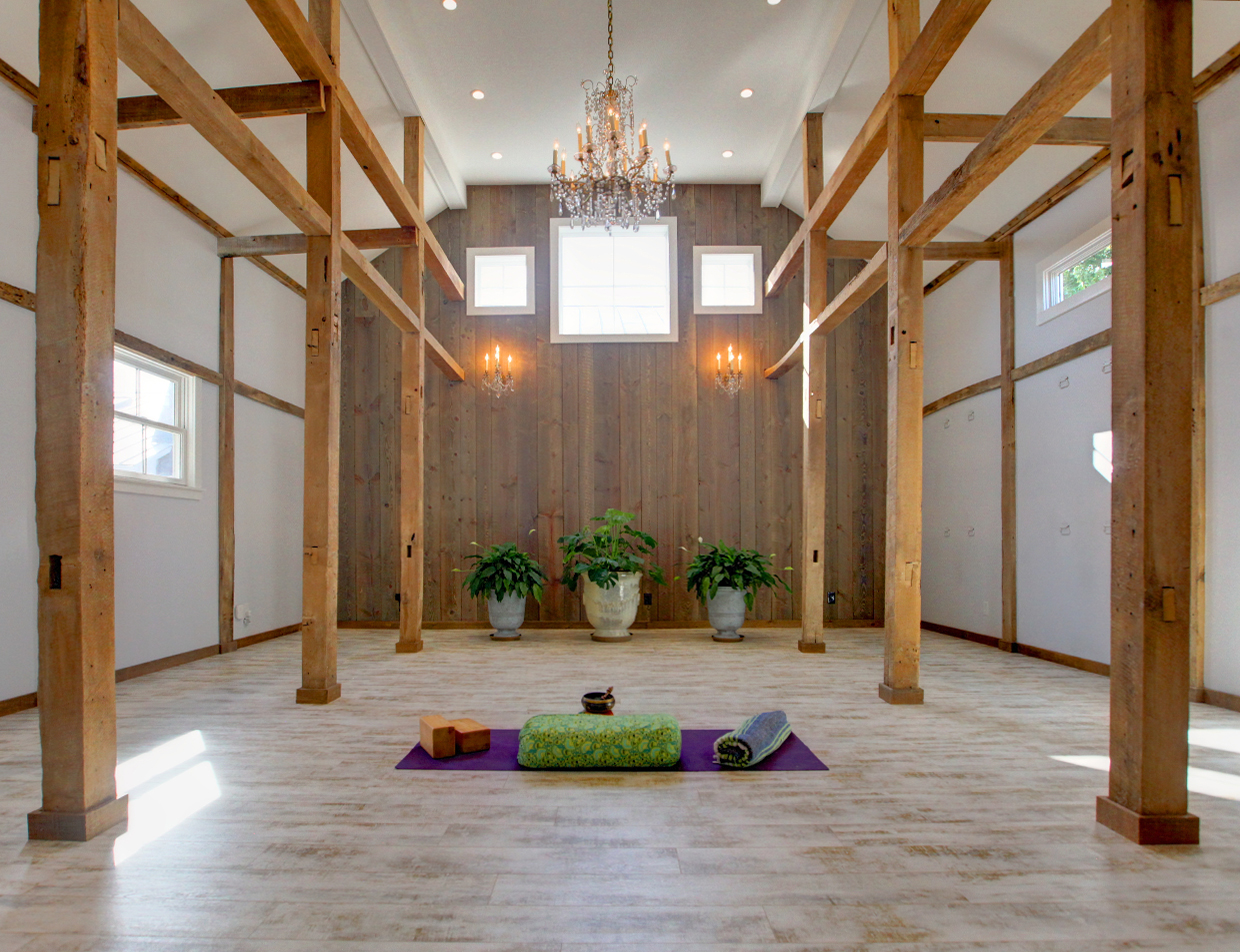 A Place to Focus on Wellness

Our guests have access to a gym on the premises, which includes an elliptical machine, a stationary bike, and free weights. In addition to the gym, the Thorn Hill Inn features a fully equipped yoga studio, where guests can find a tranquil place to meditate and unwind.

For an extra fee, private yoga lessons or individualized retreats can be arranged with Alyson, who is a certified Iyengar Yoga Instructor and IAYT Yoga Therapist with over 30 years of experience. 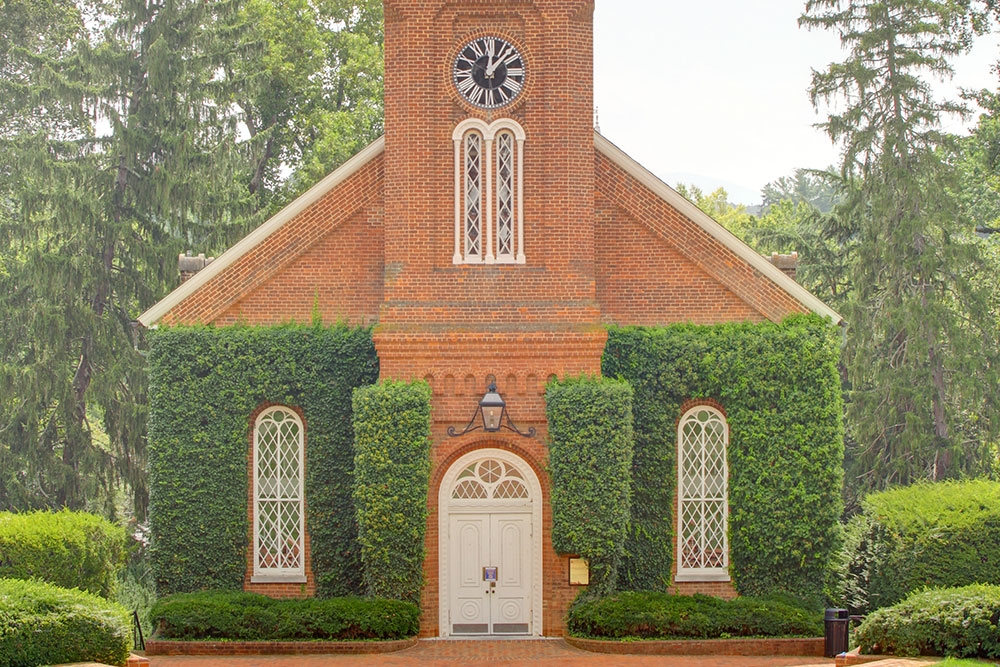 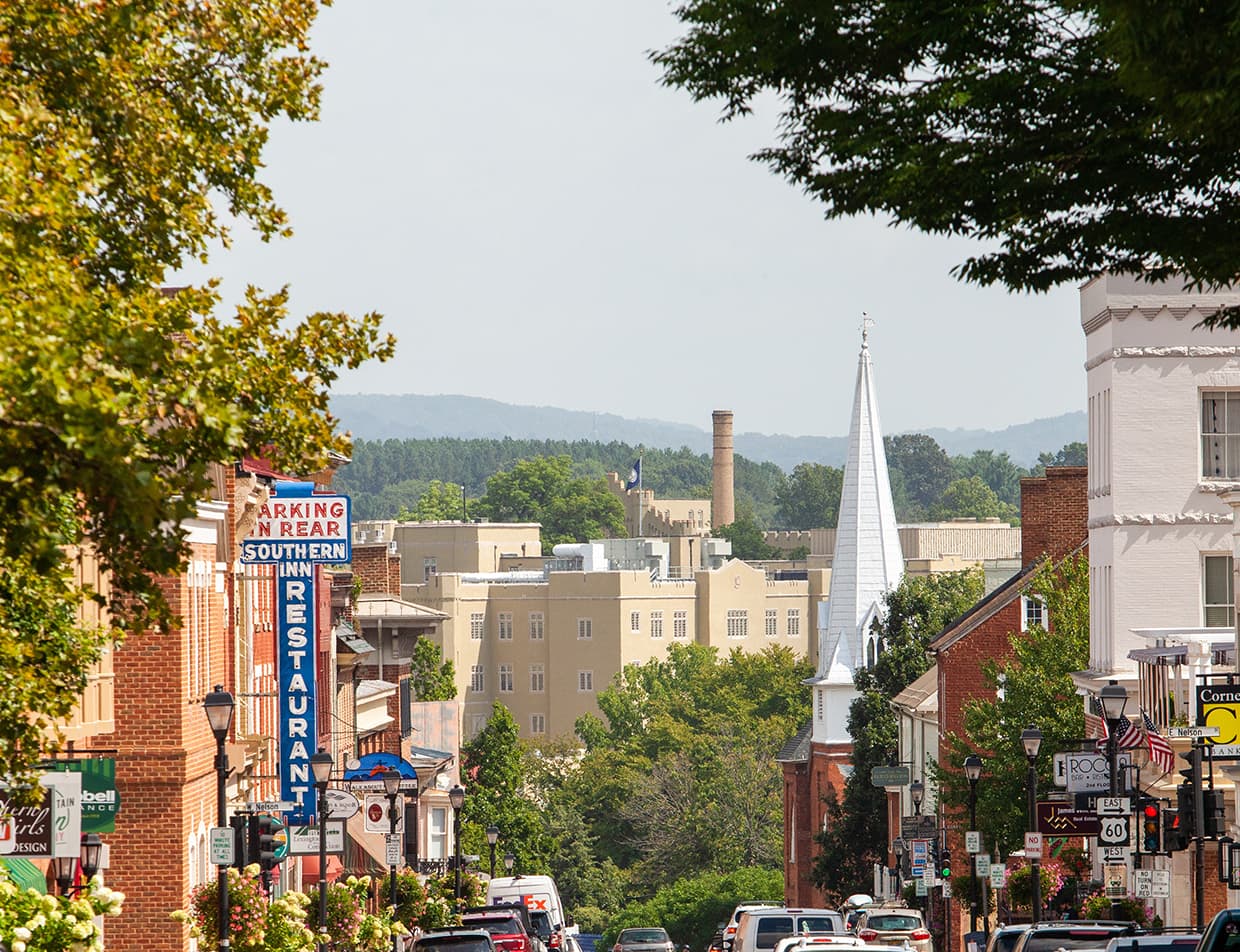 Thorn Hill was the home of General John Bowyer (1732–1806). A school teacher from Ireland who settled in western Virginia in 1753, Bowyer promptly married Magdalene Woods McDowell Borden, who was the widow of two of the wealthiest men in the valley. Her first husband – Captain James McDowell – was an early Virginia settler who died in battle with the Iroquois Indians in 1742. Her second husband – Benjamin Borden – was the heir to the so-called Borden Grant by which Governor William Gooch on behalf of King George III granted 100,000 acres along the branches of the James River in the upper part of the Shenandoah Valley to Borden’s father.

Months after Benjamin Borden died of smallpox in 1753, Magdalene married Bowyer, who was approximately 18 years her junior. According to Bowyer family records, “there was some insinuation” that Bowyer married Magdalene “for her money or her estate.” In 1761, Bowyer purchased 553 acres along Wood’s Creek, including the land on which Thorn Hill was built approximately 30 years later. 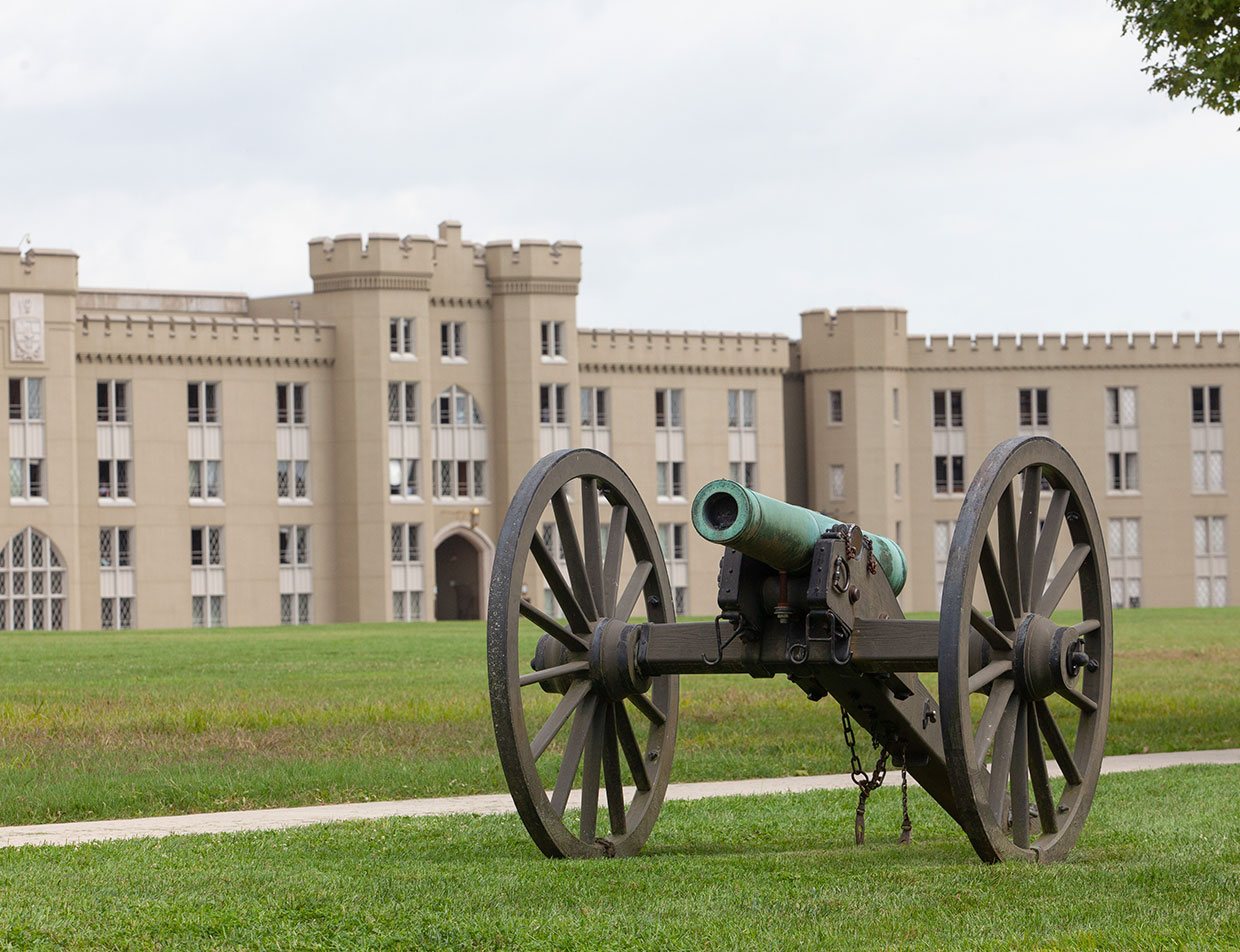 Bowyer served as sheriff of Botetourt County and was a representative in the Virginia House of Burgesses from 1770 to 1776. He signed the Williamsburg Association in 1773, which created the first intercolonial committee to improve communications between and assist in the defense of the colonies. 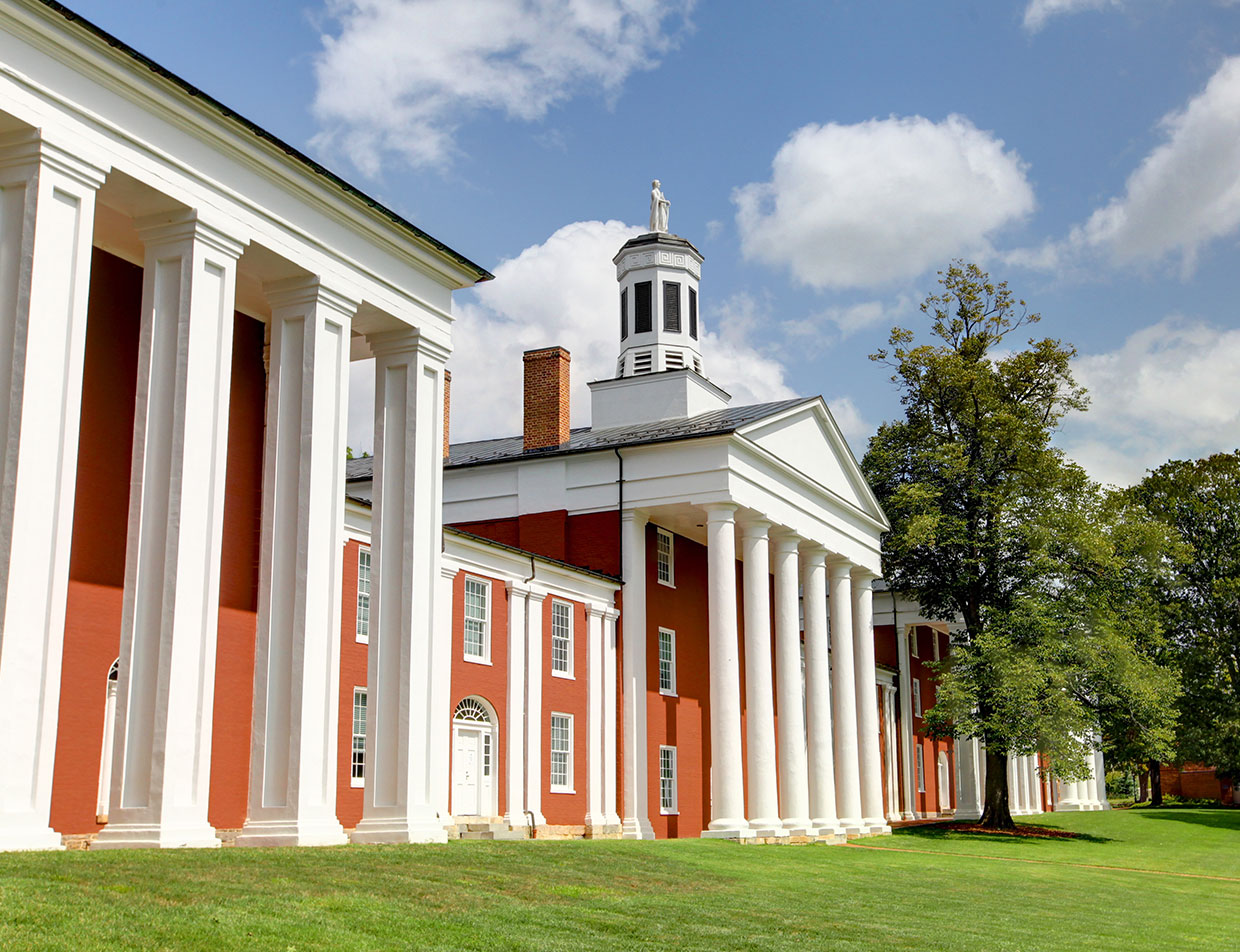 Bowyer served in the Augusta County militia during the Revolutionary War, initially as a captain before being elevated to colonel in 1781. Bowyer commanded a regiment of the Augusta County militia that opposed General Benedict Arnold’s “invasion of Virginia.” He was wounded at the Battle of Green Spring during which the Marquis de Lafayette was ambushed by the British army led by Earl Charles Cornwallis in the last major land battle in Virginia prior to the siege at Yorktown.

After the war, Bowyer was named an Adjutant General of Virginia. Appointed by then Virginia Governor and eventual U.S. President James Monroe, Bowyer also served as a presidential elector in the election of 1800, which was won by Thomas Jefferson.

Bowyer had important connections to Washington and Lee University. He served as a trustee of Augusta Academy and was one of the first trustees of Liberty Hall Academy when it was chartered near Lexington in 1782. Bowyer served as a trustee from 1776 until 1784.

Upon Bowyer’s death in 1806, Thorn Hill passed to his nephew, Captain John Bowyer, who was a graduate of Washington College and a member of the Virginia legislature for 20 years. When Captain Bowyer died in 1851, his daughter and her husband, John Brockenbrough, inherited Thorn Hill.

Brockenbrough studied law at Judge Henry St. George Tucker’s law school in Winchester and became Commonwealth’s Attorney for Hanover County. He was appointed to the federal judgeship for the Western District of Virginia in 1846. Brockenbrough established the Lexington Law School in 1849 (which eventually became the Washington and Lee Law School).

Brockenbrough lived at Thorn Hill until 1860. Weary of walking every day from Thorn Hill to teach his law classes in Lexington, Brockenbrough traded the property to Elisha Franklin “Bull” Paxton in exchange for a home located on South Main Street called Silverwood.

Born in Rockbridge County in 1828, Paxton attended Washington College and earned a law degree from the University of Virginia, finishing first in his class in 1849. Paxton was a bank president and practiced law in Lexington until 1860. At the start of the Civil War, Paxton was commissioned first lieutenant in the Rockbridge Rifles and subsequently served on Thomas “Stonewall” Jackson’s staff and later as chief of staff for Jackson’s corps. Appointed brigadier general, Paxton led the Stonewall Brigade at Fredericksburg and then at Chancellorsville, where he was killed in 1863 at age 35.

In June 1864, Union troops commanded by General David Hunter occupied Lexington. At the time of the occupation, General Paxton’s widow Elizabeth and her three children – Matthew Paxton (whose initials are carved in the entryway to the dining room of the main house), John Paxton, and Frank Paxton – were living at Thorn Hill. After learning that Mrs. Paxton was the widow of a Confederate officer, General Hunter detailed two Union soldiers to guard the property, which survived the Civil War unscathed (with the exception of fencing, which the Union army used for their campfires).

Thorn Hill remained in the Paxton family until 1867, when it was sold to Wilson P. Coe. His son, Frank D. Coe, moved to Thorn Hill in 1894. Upon his death, the property descended to his children, Frank D. Coe, Primrose Cameron Coe, and Wilson Parke Coe (whose name is etched in the glass of the master bedroom at Thorn Hill). The Coe family owned the property for more than 130 years,

Alyson and Bennett Ross acquired Thorn Hill in 2013.  After extensive renovations to the property, they opened theThorn Hill Inn in 2020.

The Thorn Hill Inn is located outside Lexington, Virginia and is easily accessed from Interstates 81 and 64. Our VA bed and breakfast is just over 2 miles to downtown Lexington with its unique shops and restaurants, within easy driving distance to several wonderful wineries, and convenient to lots of hiking trails and the Appalachian Mountains. 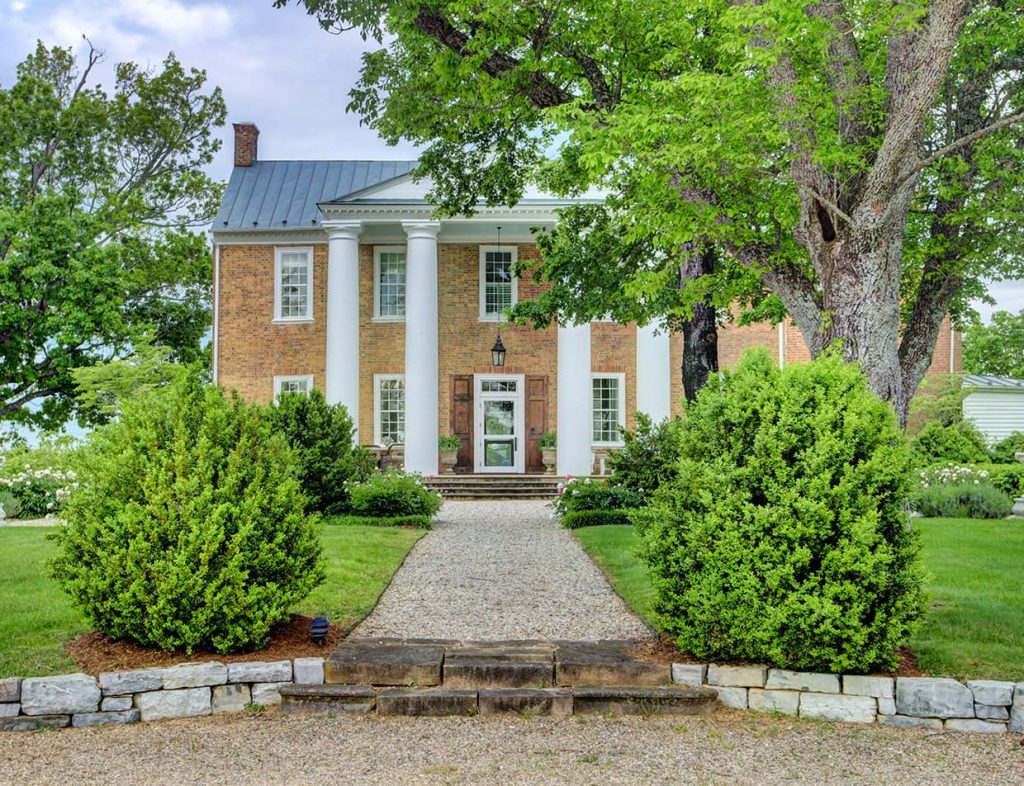 Book direct with us and enjoy the peace of mind that you’re getting the safest possible stay.